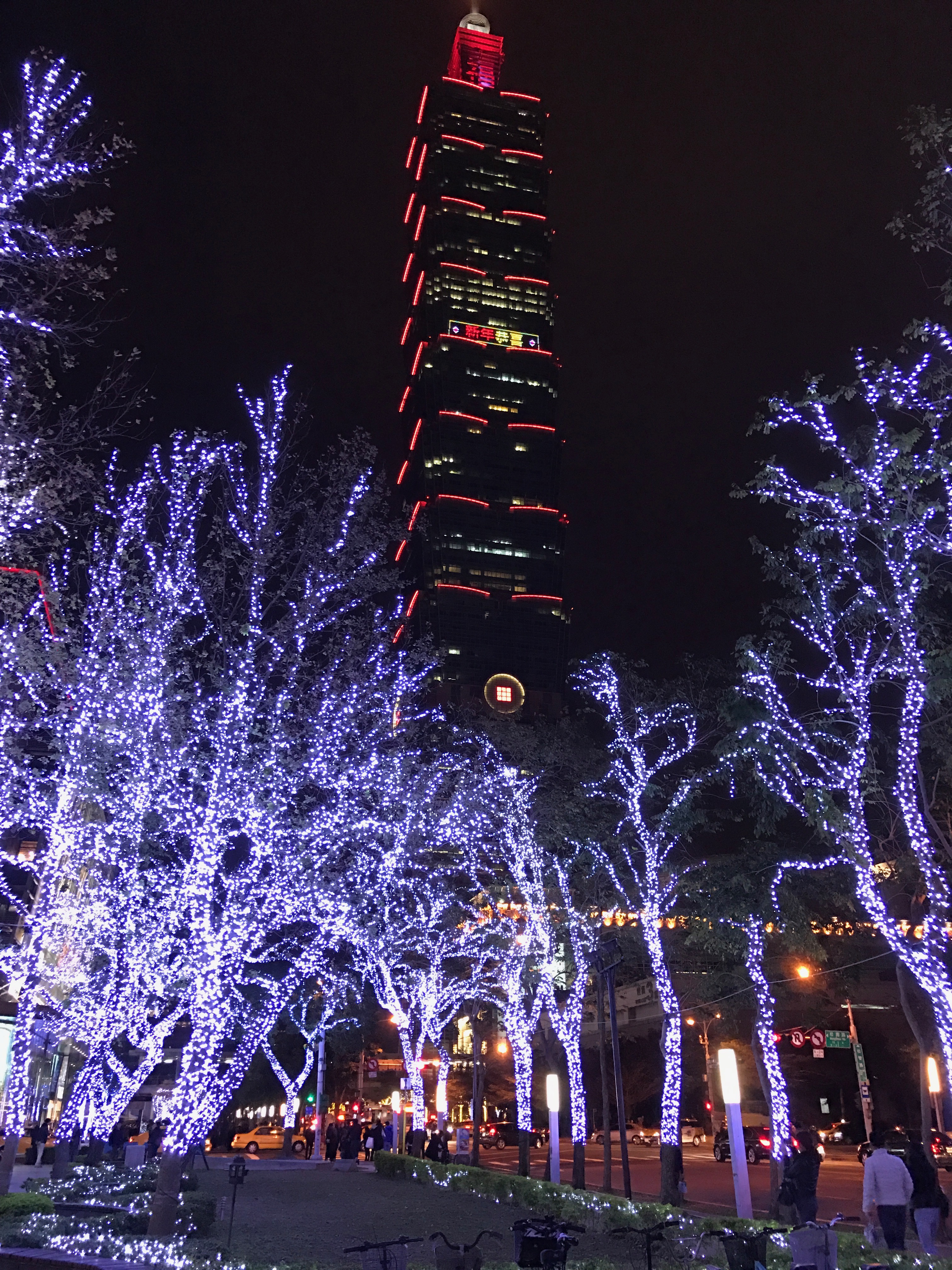 Taipei is such an unforgettable and underrated city. Honestly, we didn’t know much about Taiwan until we lived in Singapore for a few years and, even after friends had told me to visit, we still weren’t intrigued. It wasn’t until I did a lot of research and realized the beautiful landscapes that existed in Taiwan, which finally sold me on going. Boy am I glad we did! Taiwan is a SUPER clean, efficient and beautiful country. The Taiwanese are kind people and are always willing to help out, when asked.

We were SO impressed with the city of Taipei! It reminded us of a cross between Hong Kong and Singapore. From the moment we arrived in the airport, we were blown away by its efficiency and cleanliness. We landed, collected our bags and were in a taxi in 20 minutes! Mandarin (Chinese) is the main language here, but most signs have English on them as well and most people speak a bit of broken English, which is all you need to get by. Taiwan is incredibly safe as well! Not once did we feel in danger or threatened.

When To Go To Taiwan:

The best time to visit is during the fall (Sept-Nov), as you’ll have cooler weather and less rainfall. We came at the end of January and it was definitely chilly!

How To Get Around Taipei: 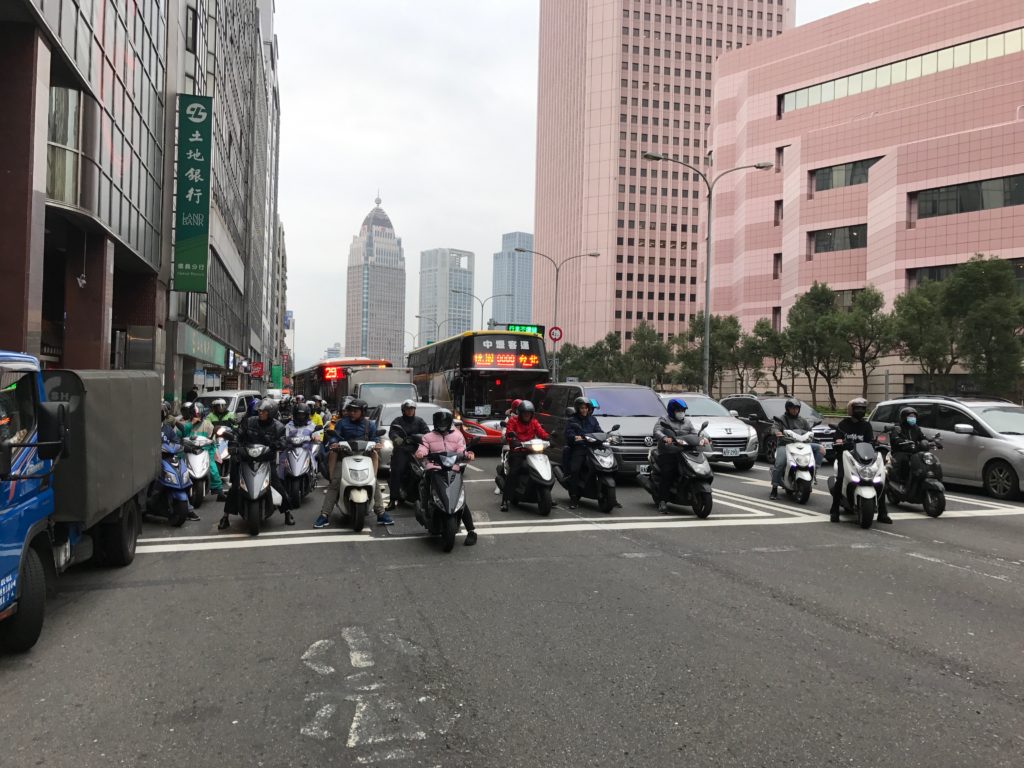 Luckily, Taiwan has affordable buses, taxis and an impressive railway system, which allows for easy travel in the cities and around the entire island nation.

Bus: Buses are available from Taipei Main Station to Taoyuan Airport for $125TWD ($4USD). The journey takes about 45 minutes. Take bus 1819. Boarding and ticketing are located OUTSIDE the train station on street level 1.

Taxis: Comparable to the USA. Most taxi drivers speak a little bit of English or can follow the map on your phone (I use google maps and maps.me app/google translate). A ride from Taoyuan Airport to Taipei City Center costs about $1200-1500TWD ($30-40USD).

Bicycles: Bicycles for rental are available around the city in Taipei.

How To Get Around Taiwan: 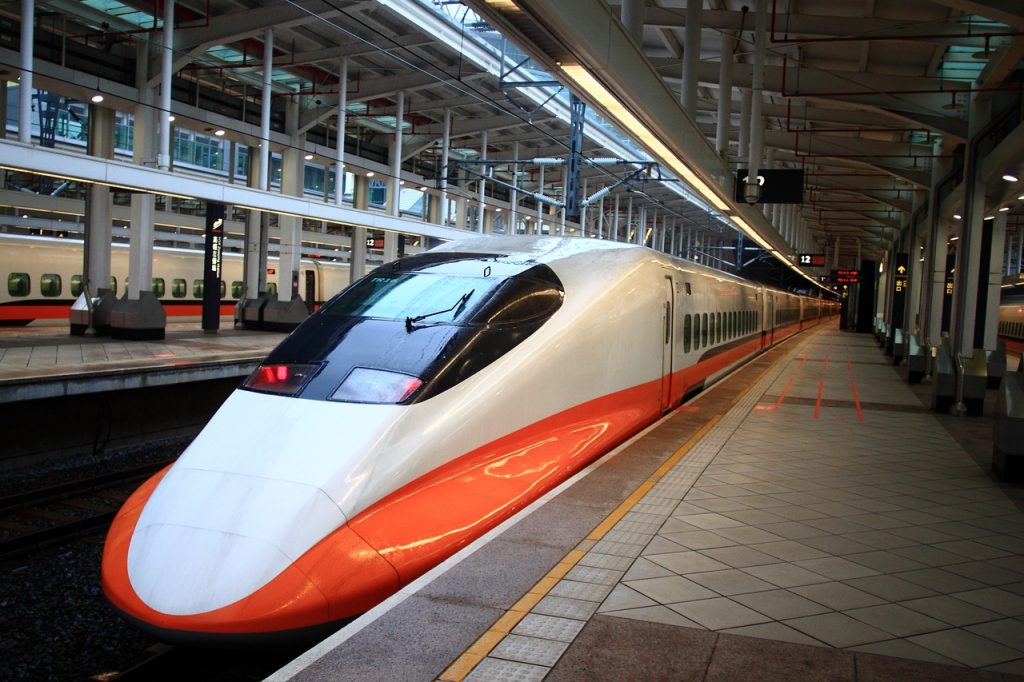 There are three different types of trains in Taiwan:

HSR (High Speed Rail): incredibly fast bullet trains. These are the fastest and most costly.

LSR (Low Speed Rail): The ‘Amtrak’ of Taiwan. The are lower moving, but more affordable.

Where To Stay In Taiwan:

We stayed at an Airbnb in Taipei just 2 blocks from Taipei 101, which I would highly suggest doing, as a prime location will save you time and money on transport. Most hotels in that area are quite pricey, so we opted for a very basic Airbnb (basically a small room and a bathroom). Our host, Dolly was very kind and helpful.

If you’re new to Airbnb and would like to save some cash, you can get $55 off your first Airbnb booking by clicking HERE.

What To Do In Taipei:

If you’re strapped for time, which we were, I’d suggest flying into Taipei early in the morning or late at night, so you can maximize one full day here. 2 days would be best, of course. 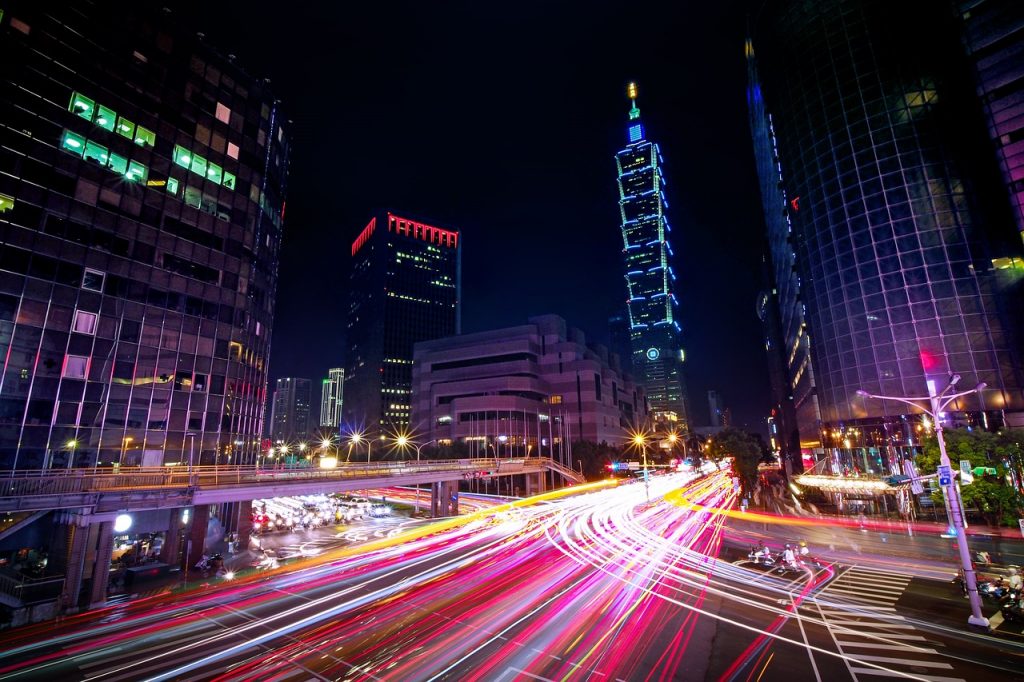 Taipei 101 was once the tallest building in the world. If the weather is clear, I’d suggest taking a trip to the top and observing the view, which will cost about $20USDpp. We were SUPER bummed that we didn’t know about the Starbucks on the 35th floor prior to arrival. Apparently, you just need to call and book 24 hours in advance with Starbucks and you can enjoy coffee with an epic view from their lookout at Taipei 101. We’ll definitely be doing this next time! The number to contact is: +886 02 8101 0701. There’s also a super lux mall in the lower levels of the building, if you’re looking for some high end shopping. 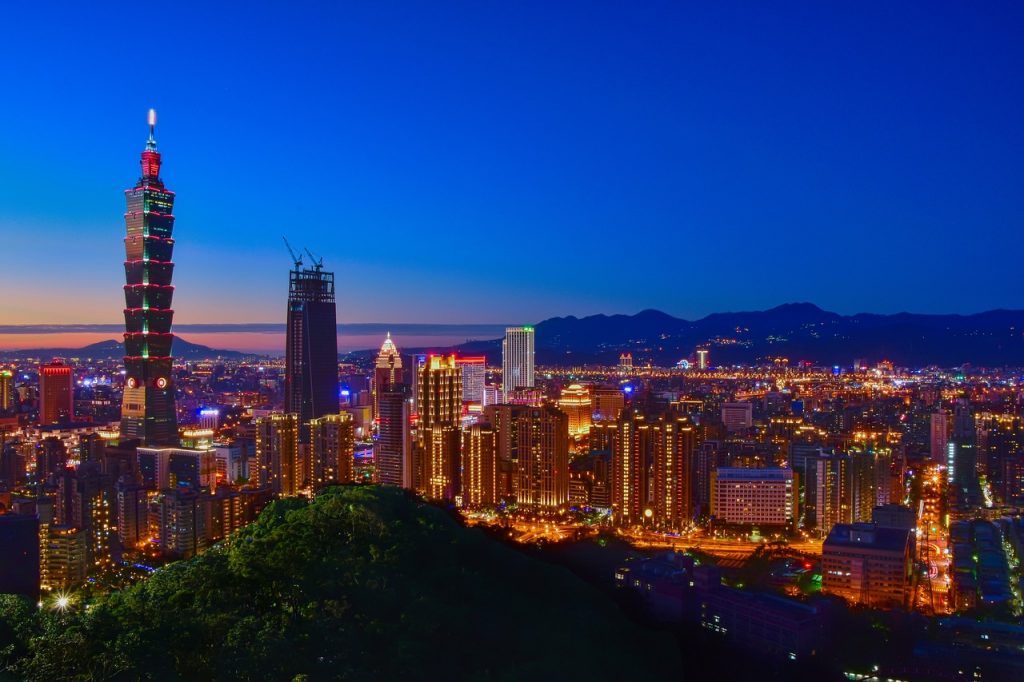 For epic city views, including Taipei 101, be sure to hike Elephant Mountain. It’s a short, 350m trek, which will take about 30-minutes. It’s best to go while it’s still daylight and watch the sun set, taking in the skyline as it turns from day to night.

Where To Eat In Taipei:

For the BEST Chinese food in Taiwan, you must go to Din Tai Fung! Try to go in between peak hours, as there is always a long wait. Be sure to order the dumplings and xiao long bao (pork bun), you won’t be disappointed! 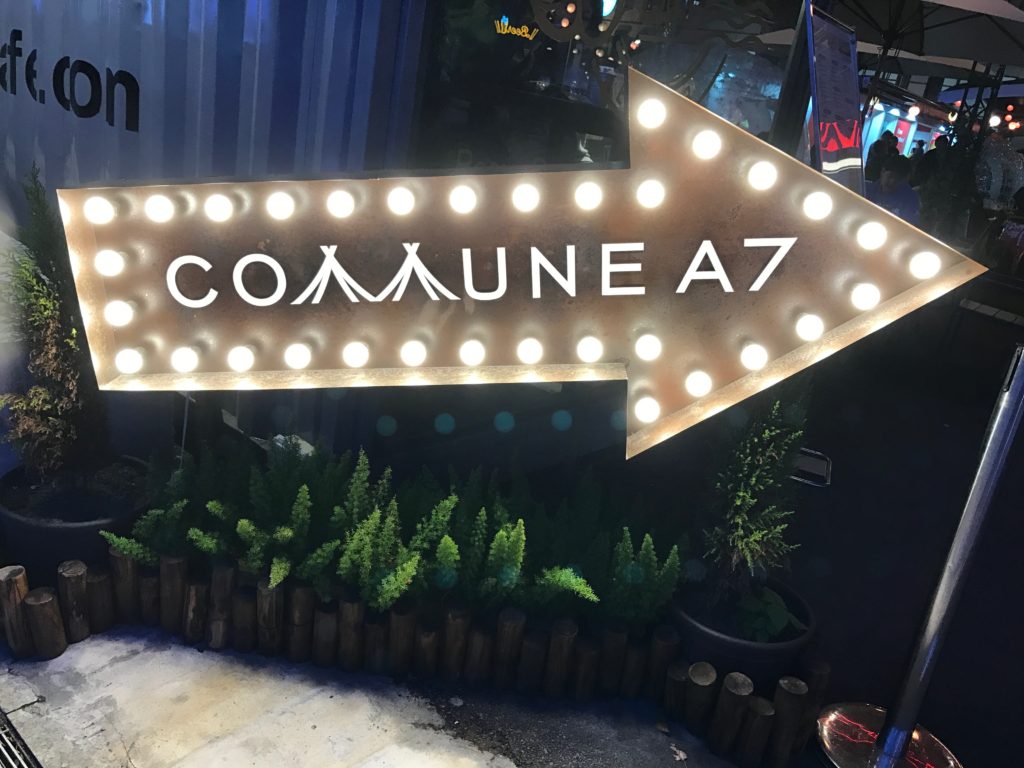 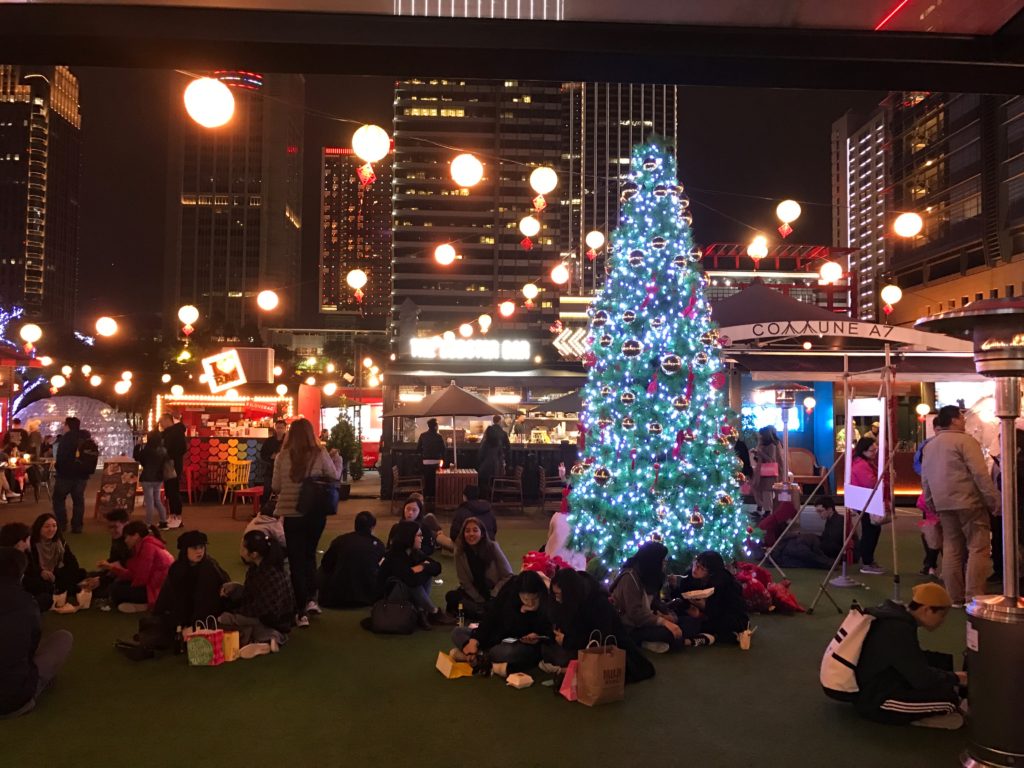 Picture a bunch of food trucks and beers stalls all put together in the city center, right next to Taipei 101. This is Commune A7! You’ll have the opportunity to sample many types of restaurants from around the city, all in one location. Also, they have a lot of great draught beers on top, so enjoy a brew while you stroll around and take in the scenery of the city with Taipei 101 in the backdrop. If you’re looking for western food, this is the place to go!

Sometimes, when your in Asia, you just want an American food fix. 1Bite2Go is the PERFECT spot for that. The food was great and the servers were especially kind. Luckily, it’s located just opposite Taipei 101 for your convenience!

We NEVER thought in a million years that we’d find a pub in Taipei to watch the American Super Bowl at 7:00 in the morning, but, luckily, On Tap was there for us! We had an awesome time cheering on the Atlanta Flacons, while sipping mimosas in the center of Taipei! This pub surprisingly has great wings too! I had to pinch myself a few times because I thought I was back in the USA!

With fitness centers located all over Taiwan, World Gym was one of the nicest gyms that we worked out at while traveling Asia. A one time entry fee will cost you around $18USD….OUCH!

Things To Note About Taiwan:

There are NO MONEYCHANGERS in Taiwan, so bring enough Taiwanese Dollars (TWD) with you or exchange at the airport upon arrival. There is money exchange at any bank in Taiwan, but they are only open M-F.We got into a bit of a jam in Taichung because we were out of TWD, it was a Saturday and our ATM cards weren’t working. Eeeeek!

A Day Trip To Jiufen, Taiwan